So as a single Mormon1 woman, I’m obsessed with my future wedding.

However, I don’t obsess about the same things that normal women might obsess over. Mostly because I’m a geek.

Yes, I do try and think of what cute ways I could include Portal in my wedding invitations, and I dream of how many hits the you-tube video of my incredibly geeky proposal will have, but there’s something involving numbers that I care about even more.

And that’s when I realized that 9/9/9 was like the most awesomest date to get married. Cause back in the ancient times of computer programming,3 programs would often use 999 as an escape character. So you’re escaping single-hood! How clever is that!

But I tend to be practical, and even though I really wanted to, I probably wasn’t going to get married on 9/9/9, so I started to think of other cool dates to get married. Initially, I rejected 10/10/10, because it is too close to my birthday. 4 But then it was pointed out to me that in binary 101010=42. If that’s not the most awesomely nerdy wedding date ever, I just don’t know what is. And if I have to explain to you why 42 is cool, well, so long and thanks for all the fish, the world is coming to an end.5


My friend wasn’t the only person I personally know that got married on an interesting day. My cousin got married on 10/20/2010. Again, it’s too close to my birthday, and comeon, 10/10/10!! But, even though it’s hard to argue with the awesomeness of 10/10/10, it was probably all booked up cause even if you don't get the nerdyness, there's been a strong trend towards getting married on n/n/n dates, so I applaud her ingenuity. Plus, extra points for using the first two digits of the year. That’s not easy to do.

Now we have to back up a bit here. Cause the awesome date I’d come up with for 2010 was earlier in the year. 3/21/10. Do you get why it's cool? Now this is going to really separate the nerds from the geeks. I’ll give you a hint, you need to reverse the order of the numbers. Give up? It’s the Fibonacci sequence! Yeah, I know, it’s pretty geeky and weird to like the Fibonacci sequence. But I’ve loved it ever since the days of MathNet.6 It’s pretty awesome all around, and useful, so you should probably like it, too.7 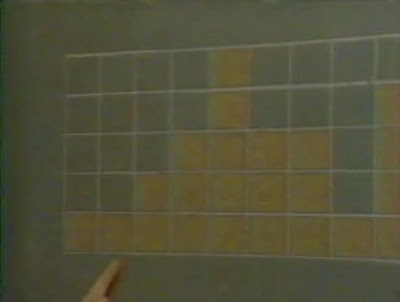 If you remember this, I think we need to get married, just on principle.

But as 2009 drew to a close, it became apparent that I was going to miss this mathematical day. Not to worry, I still had 3/2/11 to fall back on. And it was a more traditional representation of my beloved sequence.8

So I was about to despair. What could I look forward to now that all the interesting wedding dates have passed??

But then I remembered, the Fibonacci sequence goes on! And the next bit ends in 13! So 5/8/13 could be a very good date! It’s a bit more obscure, but it could definitely work.

And I completely forgot about Pi Day! The most sacred of all geek holidays. Second only to Talk-like-a-pirate day!9 And what’s even better, is we’ve got a special, extended edition Pi day coming up! 3/14/15! I’ve got plenty of time between then and now to find me a husband who’s willing to plan our wedding around an inane set of numbers.

1 Strike that, this is not limited to my culture.2 Note: Wanting him back really badly doesn’t count as a prospect.3 i.e. twenty years ago.4 And who wants your anniversary to be close to your birthday? Then your lame husband is just going to want to get you one gift for both of them. And we all know the strength of your marriage can be measured by the awesomeness of the gifts your husband gives you for important occasions, and if he tries to double up, then you have to divide the awesomeness by 2, making his job even harder, so really, you're doing him a favor by spreading the gifting times out.5 Ok, I do hope that there are some non-nerds aka, my family, who might be reading this, and they *might* not know about the answer to life, the universe and everything. But then again, even Siri knows that answer. Go ask her.6 Duh Dun Duh Dun. Duh Dun Duh Dun Dun.7 It also didn’t hurt that a guy that I had a crush on in High School thought that my Fibonacci sequence program was pretty innovative for using two variables for calculation instead of three. I thought that twenty line program with the peak of my genius for a lot longer that I should have. The funny things men do to you...8 And by traditional I mean the way I learned it. Apparently kids these days like to start with 0. It’s hard to keep up with the trends sometimes.9 I kid. I actually think this holiday is rather silly, and I can’t believe it’s been officially recognized. And by officially recognized, I mean large MMOs give you special drops on that day. Actually, I think that makes Pirate day officially more official than Pi Day. I think I’m going to cry.10 Instead of 6:02 on 10/23. I think there’d be more Mole day celebrations if we ate moles.11 Singles wards are special Mormon congregations for single members aged 18-30. Yes, Mormons want their young adults to get married so badly they corral them into their own world and don’t let them out until they are married, or full blown menaces to society.