My mom tells me that when I was in preschool, I tended to play with the boys more than the girls. I would want to play on the truck on the playground, and the only other people who were doing so were boys. So I played with the boys. 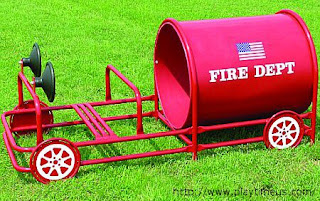 Coolest thing on the playground

This pretty much set the tone for the rest of my life. I rarely even noticed when activities were being done by all boys. I remember daydreaming as a small child about things I would do when I was older. In church I used to daydream about the day that I would be old enough to pass the sacrament.1 It didn’t occur to me that the only people doing so were young men.

So as I grew, I continued in my pursuit of things that I found interesting. Which tended to be dominated by men.

I am sure there are examples I am forgetting, because being the only girl is pretty old hat to me. To the point where I don’t always recognize it anymore.

Which is one of the reasons I hate having it pointed out to me.

Now I know that a lot of feminists think that “guys” is not gender neutral. But to me, especially when used in a casual setting, it is. Most of the time, people don’t make a big deal about it in my work or personal situations. However, when I worked at one of the larger corporate companies, I ran into questions about this all the time. Every time I changed teams, my lead would ask me if I was offended by the term “guys”, since he3 was used to using it in e-mail. And I would assure him that I wasn’t, and that I considered “guys” to be a gender neutral term.

As silly as I felt the question was, I preferred this method of it being brought up. They askedfor my input, and I gave it. But, the people above my leads would still stumble around this. I would be in a meeting, and the programming lead on my game, or the head of our studio, or somebody from corporate headquarters would be running the meeting, and he’d keep saying “guys” this and “guys” that. And then he’d realize that I was in the room, and that’d he’d been saying “guys” the whole time, and that he’d just done it again. So in an attempt to be PC, he’d try and correct mid-sentence with “guys... and girls”. To me, this is even worse that calling everyone “guys”. ‘Cause there’s nothing that makes you feel more valued than being called a “girl” in a professional setting. But that’s what most people default to as the feminine version of “guy”, unless you are channeling a southern slant, at which point you’ll say “gal”. And being named with a pronoun that is more appropriate for tiny cowgirls doesn’t sound odd or patronizing at all.

And while I understand where this behavior comes from4, but honestly, at this point, what’s being said? To me, it says “OH Look! There’s a girl here! Lets make her feel special and included by pointing out the one thing that makes her different from the rest of us and is completely irrelevant to her ability to do her job! Here’s a gold star for being a woman!” I swear, we might as well be singing the sesame street song: 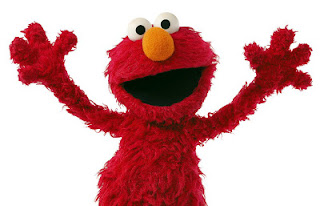 Elmo wants you to feel loved! And awkward!

Please. I’m a woman, not a sentient plant or alien. I’m not that much an an anomaly. I don’t need you to trip over your words to make me feel included. In fact, I’d prefer you didn’t. It really just makes everyone feel awkward.

That being said, if we’re talking about a professional job posting that is looking for a “cool software guy”, then yes, we should look for a more professional way to phrase that. And some more gender neutral language would also be nice. But we aren’t going to be able to shame people into changing their language into something that is foreign and awkward. Especially spoken language.

We’ve tried for a few decades now to introduce a new personal pronoun that is gender neutral. You know what happened? No one adopted any of them.5 Do you know why? Because no one can remember something that is super awkward or foreign to say. New words usual come out when there’s a new object or activity that needs to be named. Women aren’t new. Besides, we’ve already got precedence in our language to use the plural non-gendered pronoun “they” as a singular non-gendered pronoun. In fact, it’s now officially recognized as correct grammar to do so.6

So can we just stop with all the demands to use awkward words like “personkind” and “policeperson”. These are horribly awkward words, and no one is going to adopt them. If you want to use less masculine language, use phrases like “human race” and “police officer”. Those are phrases that already exist in our language. And that’s pretty much the only way you can adjust people’s language. You need to steer them from something that is gendered or offensive to something that is un-gendered or less offensive. Like the campaign to stop people from using the work “gay” to denote that something is stupid. You don’t need to invent a new word that means “stupid”, we already have a word for that. It’s “stupid”.

1 Kinda like communion, but it’s passed to the congregation instead of people coming up to the front. Oh, you don’t know what communion is? Neither did I. Just wiki it. Or better yet, just wiki “sacrament”
2 Dungeons and Dragons. Why did I need to tell you what that is? Aren’t you a Geek? If not, go wiki it.
3 Yes, all my leads were men. I was the only woman in the entire department. So all the leads were men. And even if I was a lead, I’d hardly ask myself questions in the third person like this. I’m not Elmo or Bob Dole.
4 They just retook the corporate training web course on PC language.
5 When’s the last time you heard someone say “phe” or “zher” or “mer”. Oh, never? Yeah, I thought so.
6 I overheard this in the Portal 2 commentary. Which is pretty much the definitive source on English grammar. Also apparently Shakespeare used they as a singular pronoun. And most of the rest of the English speaking world, but no one told my middle school English teacher that.